I get so angry and frustrated seeing post after post on social media about the cost of living crisis here in the UK in 2022. The posts are often desperately sad with people saying they are dreading any more price rises. It fills them with anxiety and worry sometimes to the point of having to take antidepressants or relying on drugs, alcohol or other unhealthy coping strategies like using food or shopping to deal with the stress of everyday living.

The British Medical Journal say that “the surge in prices over recent months has created a cost of living crisis that’s harming people’s mental health.” As a therapist myself, I can clearly see this. The McPin Foundation says “Collective action is essential to ensure that the situation does not get worse for people experiencing financial hardship and mental health problems.”

The mums groups I’m in chat about all the things they will have to cut down on to try and manage the family budget – things like their kids sports or dance clubs, their weekly shop and their heating. Some people are skipping meals to make ends meet and others are even considering making a stand by refusing to pay their bills.

One of the reasons this issue makes me so frustrated is the disconnection between what is happening in people’s everyday lives and the bigger picture. I totally emphasise with why that would be – but the reason I am writing this is to say there is a way out of this! WE have the power to change the way we live. We need to take a stand and say it’s unacceptable for people to suffer like this – in the 5th richest country in the world in 2022. So here it is – this ‘cost of living crisis’ is happening ‘to us’ because of the Conservative government that was elected – by us ! If you did not vote in the General Election in 2019 as one third of the British population didn’t – then by default you chose to allow 44% of the other two thirds of the population to elect a Conservative government. It makes no sense to say “I’m not really into politics” because if you choose to live in a human society, someone needs to govern it and the political system exists as a way to choose the people we want as our leaders.

This Conservative government has negligently and some say purposefully let our precious NHS get into such a state that there are now barely any dentists available. Our lying Prime Minister Johnson and his cronies have cut benefits and watched while our teachers have been forced to take on second jobs and feed their children using food banks!

Over a decade of austerity measures resulting in the rich getting richer and us, well us ordinary folk having to just put up with it. Maybe now enough is enough as the new campaign says. Over 50 rallies are planned across the UK as unions, community groups, renters associations and political groups come together to demand change. I’ll be watching this group very closely and updating you on here if we have a rally in Exeter.

And lastly – don’t forget women like your mother and grandmother were imprisoned and force fed, beaten up and worse until we finally won the right for all women to vote, less than 100 years ago – in 1928. Yet so many of us women still do not think it’s important to vote or to take our children to the polling station and show them how important it is to use this precious hard-fought vote. Stoning is designed to cause maximum suffering. It generally takes between 20 minutes and two agonising hours to kill someone. Those sentenced to death are more likely to be poor and marginalised, particularly women.

And as you read this, 14 people in Iran are at risk of this inhumane death.

Stoning is mandatory under Iranian law for men and women convicted of ‘adultery while married’. The Penal Code explains in chilling detail how to carry out the punishment, from how deeply to bury the victim in the ground to the size of the stones to use: not so large as to kill too quickly, not so small as to cause too little hurt. The practice of stoning as punishment for adultery continues in Iran, despite a government-issued moratorium on the practice in 2002, and a recommendation in 2009 by the Legal and Judicial affairs Committee to remove stoning from the Iranian Penal Code.

Now is a crucial opportunity to stop the barbaric practice of stoning for adultery, as the Iranian authorities are currently reviewing the country’s Penal Code – including whether execution by stoning should be retained in the Code.

Click here to email Ayatollah Sayed ‘Ali Khamenei, Supreme Leader of the Islamic Republic of Iran – asking for stoning to be stopped TODAY!

100 years ago, on 18/11/1910, two women were injured and later died because they tried to enter Parliament. They were part of a group of Suffragettes who went to the Houses to demand a debate on the Conciliation Bill, a bill that would have given some women basic voting rights. Of the 300 who came, 200 women were arrested that day. There were 6,000 police. We call it Black Friday.

100 years have passed. Fewer than 1 in 5 MPs are women. Only 1% of the world’s money is controlled by women. For every 10 people displaced by climate change, 7 are women. There is a vigil being held at 6.30pm on 18/11/10 on College Green, Parliament Square to remember Black Friday. Bring a candle, a jamjar, a banner and a veil. Hear Caroline Lucas MP and Dr Diane Atkinson. Remember the Suffragettes. More details here. or you can see the Climate Rush Facebook page. 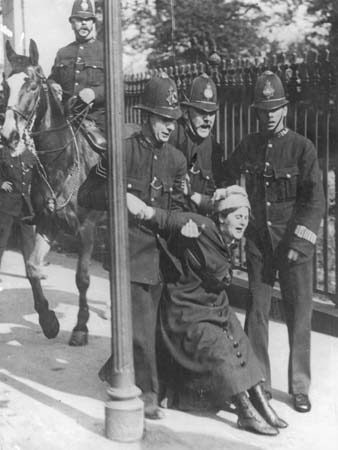 Please add your comments below.

Yesterday an Iranian woman, Sakineh Mohammadi Ashtiani, was saved by global protests from being stoned to death.

But she may still be hanged — and, meanwhile, execution by stoning continues. Right now fifteen more people are on death row awaiting stoning in which victims are buried up to their necks in the ground and then large rocks are thrown at their heads.

The partial reprieve of Sakineh, triggered by the call from her children for international pressure to save her life, has shown that if enough of us come together and voice our horror, we may be able to save her life, and stop stoning once and for all. Sign the urgent petition now and send it onto everyone you know — let’s end this cruel slaughter NOW!

Sakineh was convicted of adultery, like all the other 12 women and one of the men awaiting stoning. But her children and lawyer say she is innocent and that she did not get a fair trial — they state her confession was forced from her and, speaking only Azerbaijani, she did not understand what was being asked of her in court.

Despite Iran’s signing of a UN convention that requires the death penalty only be used for the “most serious crimes” and despite the Iranian Parliament passing a law banning stoning last year, stoning for adultery continues.

Sakineh’s lawyer says the Iranian government “is afraid of Iranian public reaction and international attention” to the stoning cases. And after Turkey and Britain’s Foreign Ministers spoke out against Sakineh’s sentence, it was suspended.

Sakineh’s brave children are leading the international campaign to save their mother and stop stoning. Massive international condemnation now could finally stop this sickening punishment. Let’s join together today across the world to end this brutality. Sign the petition to save Sakineh and end stoning here:

In hope and determination,

I wrote a few days ago on this blog about the British man who was due to be the first EU national in 50 years to be put to death by the Chinese government. I am very sad to say that despite repeated last minute attempts by various organisations and the British government, British father of three Akmal Shaikh was killed by the Chinese in the early hours of this morning.

You can read the whole story here on the BBC site.

Here is my article from a few days ago.

If you like me are completely opposed to governments thinking they have the right to kill people (the death penalty) then do what I’m doing right now, support either Reprieve or Amnesty International by donating to them or simply buying a product off their sites below:

When you’re relaxing over Christmas – spare a thought for Akmal Shaikh (pictured above). Akmal is a 53 year old father of three from London.

Akmal is due to be executed by the Chinese next Tuesday December 29th for allegedly smuggling drugs. He was arrested in September 2007 on arrival in Urumqi, the capital of the far western Xinjiang region, in possession of four kg (8.8lb) of heroin. Campaigners said that he was duped into carrying the drugs for a criminal gang.

The Times Online reports that if the death penalty is carried out, Mr Shaikh would become the first national from a European Union country to be executed in China in decades.

The British prisoners’ rights charity, Reprieve said it has medical evidence that Mr Shaikh, who is married with three children, suffered from a delusion that he was going to China to record a hit single that would usher in world peace. However, he was duped by a criminal gang into unwittingly carrying drugs for them into China, Reprieve alleged, saying that his strange behaviour was “influenced or caused by” his mental illness.

In what could be the last week of Akmal Shaikh’s life, his children Leilla Horsnell, Abdul Jabar Shaikh and Imran Shaikh plead for their father’s life issuing a heartrending plea for mercy from the Chinese Government. Having not previously publicly commented on the case out of respect for the Chinese legal process, they now feel the situation is too desperate to remain silent:

“We are horribly shocked and upset that our father’s final appeal has been denied and an execution date set. We wish to make a personal and desperate plea to the Chinese Government to spare his life. Our father has been seriously ill for much of his life and we would be devastated to lose him in these circumstances. We respectfully hope that particularly during this holiday season the Chinese people will show their great capacity for compassion and humanity and grant him a reprieve.”

Wikipedia states that China currently uses two methods of execution. The most common is execution by firearms which uses an assault rifle to fire a single shot of an expanding hollow point bullet to the head.

Lethal Injection was introduced in 1997. It differs from its application in the U.S. in that it is carried out in fixed locations as well as in specially modified mobile execution vans. As lethal injection becomes more common, debate has intensified over the fairness of relying on lethal injection to execute high officials convicted of corruption while ordinary criminals get executed by firearms. It is public opinion in China that lethal injection is an easier way for the condemned to die.

Members of the People’s Armed Police carry out an execution of a convicted female double murderer with a rifle shot to the back of her head (Image from the 1980’s) China leads the world in executions.

It’s now up to Gordon Brown and the rest of our government to stop China from killing this man. You can help by checking out the Reprieve website – see www.reprieve.org.uk or look at the blood curdling statistics over on Amnesty International.