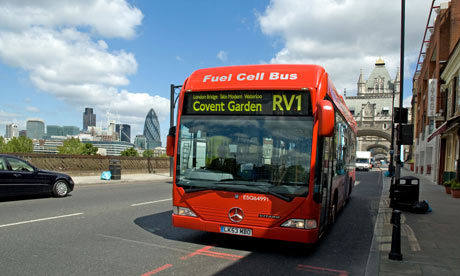 The UK’s first permanent hydrogen bus will be launched on a popular tourist route in London today. Seven more hydrogen buses will be added to the RV1 route – which takes in Covent Garden, the Tower of London and the South Bank – by mid-2011. The initiative, which follows a trial of three hydrogen buses in the capital between 2003 and 2007, has been described as a “stepping stone” to rolling out the technology across the country. The launch will also coincide with the opening of the UK’s largest hydrogen refuelling station in Leyton, east London.

Read the full article here in The Guardian