Cycling meeting – open to everyone on Wed 12th Sept at Honiton Town Council office on New St (use side entrance on Chapel St). It’s an informal meeting starts 7.30pm. Tea & coffee provided. If you can’t get along to this meeting but have some ideas on how to develop cycling in Honiton – please post a comment here & I’ll take all the comments along to the meeting to share & discuss. In order to promote the meeting and safe cycling in general – the Midweek Herald will be running a photo and piece next week. So…..we need lots of people on bikes this Thursday at 11am. We’re gathering on All Hallows Playing Field (near the play park) on Thursday 23rd August. It shouldn’t take long and I’d really appreciate your help. Post a comment on here if you can come. Thanks everyone.

The South West Green Party raised over £300 on Saturday 8th October with a sponsored bike ride & walk along the canal in Exeter. The funds will go towards the campaign to get a Green MEP elected in the South West.

The weather was much better than expected and we did about ten miles from the Quay right down past the Double Locks pub to the Turf and back again. The first Honiton Transition Town meeting takes place at 7.30pm on Wednesday 28th September at Montgomery’s on the High Street (next to Ganesha Health Food Shop). We will have representatives from other local transition towns and hopefully a bunch of interested, enthusiastic local people.

We will be discussing the possibility of starting our own transition group and the way forward. I will be chairing the meeting and representing the town council, who agreed to support such an initiative earlier this year. Please add a comment below if you are able to attend, so we have an idea of how many people are coming and most importantly please pass on a link to this page to anyone who you thing might be interested. Montgomery’s is very kindly giving us this meeting space free of charge, so it would be nice if everyone bought a drink or two in order to support this local business which is kindly supporting us! A Transition Initiative (which could be a town, village, university or island etc) is a community-led response to the pressures of climate change, fossil fuel depletion and increasingly, economic contraction. For more info on the transition network, see www.transitionnetwork.org

Every September 22, people across the globe get together to swear off their cars – if only for one day – in a collective reminder that we don’t have to accept car-dominated societies, cities, or personal lives. Since its earliest incarnations in the 1970s and ‘80s, WORLD CARFREE DAY has grown into a massive global celebration of human focussed communities and people-powered transportation.

As the world tunes in to the fact that the climate is heating up, this is the perfect opportunity to take the heat off the planet, and put it on city planners and politicians to give priority to cycling, walking and public transport, instead of oil-hungry automobiles.

Check out the links below for global resources on going car-free, first on September 22, and then in your everyday life. Let World Carfree Day be a showcase for just how our cities might look, feel, and sound without cars – 365 days a year.

This article is from the Climate Rush Website – see http://www.climaterush.co.uk/world-carfree-day

At last, the planning application for the long-awaited footbridge, path and cycleway between the Land of Canaan and the King’s School has been submitted to East Devon District Council. This is very welcome news! Sustainable Ottery has been campaigning for this new path and bridge for several years now – alongside Ottery’s Town Council and many of the town’s residents. All the funding has now been secured, thanks to the combined efforts of our local councillors and a substantial grant from the Lottery (via Sustrans). So we simply cannot let this important project falter at the final hurdle.

The application can be viewed on the East Devon District Council website (10/2341/FUL). To be sure that EDDC planners give this project the green light it deserves, we need supporters to post a supportive comment on the website. We know it’s a busy time of year and we apologise for not giving you more notice. But just a short paragraph or a few words will suffice.

Key points you can raise:

Thank you in advance for your support. Cross fingers the plans will be approved and construction will begin before the end of March 2011.

Advance notice: We understand the meeting of the relevant EDDC planning committee to decide on the application will take place in the council chamber at Knowle on Tues 11 Jan (at 2pm we think). The meeting is open to the public and we are encouraging those supportive of the project to attend in person. That way, we will send a clear message to district councillors that this is a project local residents really care about, and one which we have waited a long time for and which must go ahead regardless of the current economic climate. So if anyone is free that afternoon, please pencil 11 Jan in your diaries. If the date and time change, we will let everyone know. You can also ring Helen Collinson on tel 01404 814078 or e-mail info@sustainableottery.org.uk if you have any questions. 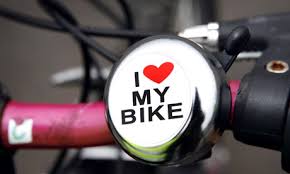